Join us this Friday, February 19 at 7pm sharp in the basement of the Brookline Booksmith for the February edition of the Breakwater Reading Series. Hear some great work from local MFA candidates at Boston University, Emerson College, and UMass Boston.

Here are the readers!

Amy Cain is an MFA fiction candidate at Boston University. She is from Maine.

Ryan Kim is an MFA candidate in fiction at UMass Boston. He hails from Seattle. Originally, Ryan wanted to be a musician, but realized during high school it was a very bad look bringing your acoustic guitar everywhere you go. Still, he loves a good show and is enjoying getting to know Boston’s music scene.

He studied English and American Lit at NYU and his work has been published in The Seismic Thread. 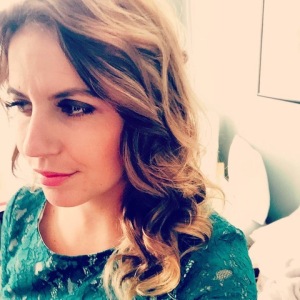 Juliana Kruis is a graduate of College of Charleston, a  third year Nonfiction student at Emerson College, and Nonfiction Editor of Redivider literary magazine. She claims stake to South Carolina, Colorado, and the Commonwealth thanks to a childhood with parents in the Air Force and a continuing desire to travel and live in new places.  When she isn’t working on her memoir titled Good Pity, she is stirring, shaking, and slinging drinks on the weekends.  Juliana has poetry published, but is still too chicken to send our her nonfiction, since most of it tends to be on the longer and heavier side.

A.J. Odasso‘s poetry has appeared in a number of strange and wonderful publications, including Sybil’s Garage, Mythic Delirium, Jabberwocky, Cabinet des Fées, Midnight Echo, Not One of Us, Dreams & Nightmares, Goblin Fruit, Strange Horizons, Stone Telling, Farrago’s Wainscot, Through the Gate, Liminality, inkscrawl, Battersea Review, and SWAMP (just to name a few). Her début collection, Lost Books (Flipped Eye Publishing, 2010), was nominated for the 2010 London New Poetry Award and for the 2011 Forward Prize, and was also a finalist for the 2011 People’s Book Prize. Her second collection with Flipped Eye, The Dishonesty of Dreams, was released in August of 2014. Her two chapbooks, Devil’s Road Down and Wanderlust, are available from Maverick Duck Press.  She has been serving as Senior Poetry Editor at Strange Horizons magazine since 2012.  She holds degrees from Wellesley College and the University of York (UK), and she is currently an MFA candidate and Teaching Fellow in Poetry at BU.

Here are some things Mitch Hedberg once said:

Every book is a children’s book if the kid can read.

I bought a house. It’s a two-bedroom house. But I think it’s up to me how many bedrooms there are, don’t you?

I wrote a letter to my dad. I wrote, “I really enjoyed being here,” but I accidentally wrote rarely instead of really. But I still wanted to use it, so I crossed it out and wrote, “I rarely drive steamboats, Dad. There’s a lot of shit you don’t know about me. Quit trying to act like I’m a steamboat operator.” This letter took a really harsh turn right away.

I saw a lady on TV, she was born without arms. Literally. She was born with her hands attached to her shoulders. And that was sad. But then they said, “Lola does not know the meaning of the word can’t.” And that to me was actually kind of worse, in a way. Not only does she not have arms, but she doesn’t understand simple contractions. 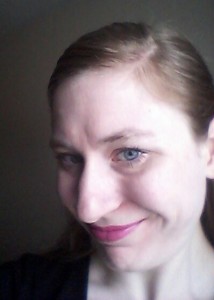 Lori Zimmermann is a third-year MFA candidate in poetry at UMass Boston, hard at work on her thesis. She is also the Tumblr Editor for small publisher/guerrilla art project Broadsided Press. Publication credits are listed on her website (elzee-smash.tumblr.com); her favorite publishing experience involved shouting obscenities into the voice recorder app on her phone to make an audio version of her poem “MBTA Chorale.” She enjoys poetry because it is honest about its pointlessness, unlike so much of the rest of life.